My Year As A Clown

Here’s what people are saying about My Year as a Clown: 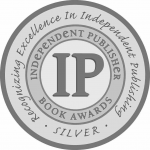 My Year as a Clown: When his wife of twenty years leaves him for another man, Chuck Morgan is abruptly forced back into the single lifestyle. Middle-aged and helplessly adrift, Chuck longs for the life he thought he had. Now he worries he’ll never have a relationship again, that he could stand in the lobby of a brothel with a hundred dollar bill plastered to his forehead and still not get laid. My Year as a Clown is the story of one man’s fumbling, funny, emotionally raw year of relearning to live on his own, a year that presents a minefield of new issues to navigate, including a lost job, awkward dates, even more awkward sex, and the spiritual advice of an offbeat, marijuana-smoking rabbi. As his life starts to unravel, Chuck must overcome his phobias and find his place in the unfamiliar world before him.

Smartly comic and darkly entertaining, My Year As A Clown introduces a new kind of male hero that fans of Nick Hornby and Jonathan Tropper are sure to embrace.

My Year as a Clown is now available digitally on Against the Grain Press wherever digital books are sold around the world.

In FAQs, I answer questions about the writing of the book, the inspiration, the themes, and of course, I discuss how much of the story is really fiction. On the Only She Knows page, you’ll learn more about the writing and recording of Chuck’s song to Pauline. You’ll find alternate covers on the, you guessed it, the Alternate Covers page. Soon there will be a deleted scene page, but that comes later.

If you’d like to sample the book, here’s the first few chapters: