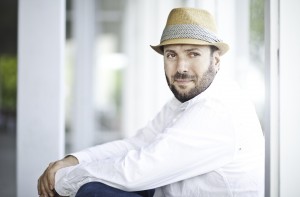 Since leaving the music-biz executive ranks, Robert Steven Williams has put in his 10,000 hours. He is an award-winning filmmaker and novelist. His critically acclaimed full-length documentary, Gatsby in Connecticut, featuring Sam Waterston and Keir Dullea, was chosen by The New Yorker as one of 36 films for Best Movies of 2020. It was selected by ten film festivals that year and also won Best New England film at the Mystic Film Festival.

His first novel, My Year as a Clown, released on the indie imprint Against the Grain Press, received the silver medal for popular fiction from the Independent Publisher Book Awards in 2013.

Robert was a runner-up in the 2014 Great American Fiction contest sponsored by the Saturday Evening Post and a finalist in the Raymond Carver Short Story Contest. His short fiction has appeared in Carve Magazine, The Orange Coast Review, and Weston Magazine.

He was the executive producer of the critically acclaimed BOOM! Studios CBGB Comic series. He wrote story seven in Book 3. In August of 2011, the series was nominated for a Harvey Award for Best Anthology.

Robert’s work has also appeared in Poets & Writers Magazine, Billboard, USA Today  and LetterPress, a newsletter for writers. He is co-author of the best-selling business book, “The World’s Largest Market.”

Robert Steven Williams is also a musician and songwriter. In 2005 he released the critically acclaimed CD “I Am Not My Job,” featuring Rachel Z (Peter Gabriel, Wayne Shorter) and Sloan Wainwright.  He studied songwriting with Rosanne Cash, Jimmie Dale Gilmore, and several top country writers. The song, The Jersey Cowboy, was featured on NPR’s Car Talk. Robert was the subject of the documentary by Jason Byrd Round Peg, Square Hole.

I am humbled by the love, friendship and many acts of generosity that kept me going as I embarked on this creative journey.

I hit the literary lottery when Joy Johannessen agreed to edit My Year as a Clown. Her brilliance and intuitive sense of what I wanted made working with her effortless.

I was fortunate to have four fiction mentors, men gracious with their time, each treating me as a peer. Unfortunately, all four didn’t see this day, but I’m confident that they knew it would come. Both Barry Hannah and James Houston gave me the confidence to forge on. Two Westport instructors, Frank Weiner and Robert Pollock, were also great supporters. Robert, a Londoner, was also a screenwriter.