For those of you who are Goodread members, I’m running a contest for the special, limited edition, ‘only available at events’ physical copy of My Year as a Clown. See below to enter:

My Year as a Clown

See the giveaway details
at Goodreads.

My Year as a Clown: Behind the Scenes–recording of Chuck’s song

Here’s an interview with Doug and Rob, two awesome musicians that were introduced to me by my pal, Declan O’Rourke. Doug played drums and Rob played bass. Watch this brief video to learn more about them and the track we recorded in Williamsburg two days before Hurricane Sandy struck our area.

My Year as a Clown Enters the World

Today my book went live on digital book sites all over the world. After seven years of writing, it’s a relief to know that I won’t have to do any more rewriting on this one!

Of course, once you let go, there’s nothing more you can change, and I’m sure at some point, I will revisit something in Clown and say, Jeez, I’d love to tweak that passage one more time.

I’d like to share three comments that came in during the process of publication from three incredible people who have spent their entire life in the arts — one is playwright, novelist and musician. Another is singer, picker and songwriter, the other an editor.

Here’s what they had to say about my novel:

A special note of thanks:

I was humbled by the love, friendship and many acts of generosity that kept me going as I embarked on this creative journey.

I hit the literary lottery when Joy Johannessen agreed to edit My Year as a Clown. Her brilliance and intuitive sense of what I wanted made working with her effortless.I was fortunate to have four fiction mentors, men gracious with their time, each treating me as a peer. Unfortunately, all four didn’t get to see this day, but I’m confident that they knew it would come. Both Barry Hannah and James Houston gave me the confidence to forge on. Two Westport writers, Frank Weiner and Robert Pollock, were also great supporters.

A special note of recognition goes out to my mom, stepdad Lou, sister Lisa, Dad, and of course, my girlfriend, Mary. 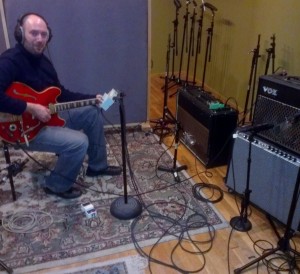