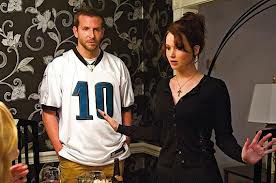 When I set out in 1998 to make a midcareer change, Malcolm Gladwell’s 10,000 hours rule was still a decade away from being published in his book Outliers. Perhaps if I’d known what was required to acquire the skills to write well I never would have walked away from the comfortable corporate lifestyle.

I’d always fancied myself an artist, but never had the courage to pursue it. I ended up in the music business. Working with artists, I thought I understood their challenges. But until you put yourself on the line, you don’t have any idea what it’s really like to be that exposed.

Many people are drawn to the idea of the writing life—fishing with Castro, running with the bulls in Pamplona, hanging out like Hemingway in Key West drinking until dawn. I too was drawn to this idea, but I soon discovered writing is damn hard. No doubt Hemingway was gifted, but clearly, he also worked his ass off.

To be frank, I had no clue what it took to be a writer and I wandered down many dead ends. And yet not a single step was wasted. Each one ultimately brought me to this very moment.

At RobertStevenWilliams.com you’ll find songs, short stories, essays and blogs on a variety of subjects from relationships, love and yoga, to sports, politics and culture. My Year as a Clown, a novel, will soon be available.  Here, I’ll also chronicle the path to publication.

The poet Edna St. Vincent Millay once said, “A person who publishes a book willfully appears before the populace with his pants down.”

During this journey to publication I had the privilege to meet some amazing artists, from Rosanne Cash to Barry Hannah, James Houston, Jimmie Dale Gilmore and Suzi-Lori Parks. Each posses the courage of a warrior, and yet each stands willfully before the public with their pants down in hopes of making you feel something real.

Sunday’s New York Time’s article about the company that produced fake reviews of books highlighted the importance of 5-star Amazon reviews. If you have a lot of positive ones it attracts people and generates excitement.

I don’t have a problem asking people to read the book and review it, but to hire a company to create fake reviews doesn’t make sense because when the book fails to live up to this false praise, the hype fizzles.

But it’s not surprising that authors and companies fake reviews to hype their crap.

What is surprising is that so many people rely on these reviews.

‘Average Joe’ reviews in conjunction with independent, credible commentary can be effective, but sadly, the general public isn’t that discerning.

Pushing the boundaries of reviews is not new. Look at those full page movie ads that run in daily newspapers. They’ll take a single phrase or word (out of context) to sell the movie. “Exhilarating” could be the only positive word in an otherwise awful review, but it will be in huge type as a headline.

The challenge for the indie release is getting anyone of credibility to pay attention. Given the amount of self-published garbage now being produced, it’s even more difficult. But making up hundreds of fake reviews isn’t the answer.

Richard Ford versus the Game of Thrones

Last week I finished Richard Ford’s Canada, a book well worth reading. I’ve been a fan for years and this doesn’t disappoint.

Next I bought Games of Thrones because I love the HBO series and wanted to take the experience to the next level. I also haven’t read any science fiction/fantasy for years. I thought it would be a nice change.

After a page I knew I’d made a mistake, but I trudged through the next few chapters hoping that my knowledge from the series would make up for the lazy descriptive choices, the clunky sentences and overuse of clichés. To be fair to George R.R. Martin, if I hadn’t just read Ford’s Canada, I may not have been so bothered; but Ford’s sentences flow like a Five Series BMW, Martin’s chugged along as if I was in a Chevy.

Games of Thrones is a fresh twist on familiar stories based on Tolkein, Star Wars, Shakespeare, Mythology and the Bible. That’s not a knock, aren’t most stories derivative of the last three on that list? But following Ford made me realize that I don’t want to fill my mind with just serviceable sentences. I want to raise my game. I want to be inspired, not just entertained.

A few weeks back I mentioned why I didn’t believe Fifty Shades of Gray was a model for me, despite its financial success. I’m sure there’s much in Games of Thrones that could inspire me, but with continual pressure on the time I devote to reading, I can’t afford to squander it.

So today I’m headed back to the bookstore to return Games of Thrones. I will continue to watch the series and I’m happy to hear from others about what’s different in the show versus the book, but I’ve got a collection of T. Coraghessan Boyle short stories that’s been sitting on my shelf for over year. It’s time to dig in.