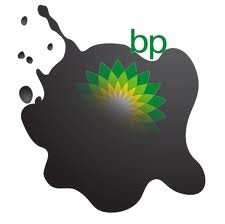 The Super Bowl is as much about commercials as it is the game. Since they’re on our minds, I wanted to point out a series that really bugs me—the BP Gulf Tourism spots. These aren’t for the Super Bowl, but I wanted to vent about them anyway.  I’m all in favor of BP paying for these spots. Their great as they are if the plug for BP was left out. This series should have been produced with not a single mention of them.

This was not only the moral and ethical thing to do, it was also the right business move. The folks down in the Gulf would know that BP was doing it. The various governmental authorities would know too. BP could even package the cost of the spots into other advertising to get a better rate from the networks for their regular spots for all I care, but each time I see these commercials, I’m reminded of how they mishandled this catastrophe. How does that help repair their brand?

We don’t need BP telling us that they are doing everything they can to restore the Gulf, that’s for others to say when that recognition is earned.

If you want to check out one of the spots, click here.