Homeless Man in the Backyard 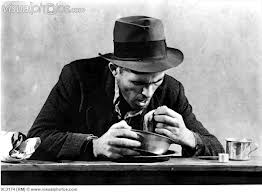 A homeless man was living in my backyard brush. Someone spotted him and the cops came and moved him along. The man was wearing khakis and used a camouflage tarp to keep out of sight. He’d set up camp and had been there several weeks.

The guy hadn’t bothered anyone, nor had he broken into nearby homes. He must possess impressive survival skills because the weather has been miserable–which is one reason why I hadn’t noticed him back there.

After he’d been reported, it still took the cops awhile to find him, he was that well concealed.

During a week that we saw yet another record for the Dow Industrials, there seems to be a widening gap between the haves and the have-nots. Many cities are in collapse, education is a shambles in neighboring Bridgeport, Waterbury, Hartford and New Haven. One could say many of the have-nots are down to their last not.

My backyard homeless man may be anecdotal, but for millions, times are still tough, for some, much worse.

For three days only, My Year as a Clown is only 99 cents. Obviously, KND is for the Kindle, but we’ve lowered the price for all formats, so if you’ve got a Nook or iPad, now is the time to download My Year as a Clown.

Suzan-Lori Parks Comments on My Year as a Clown 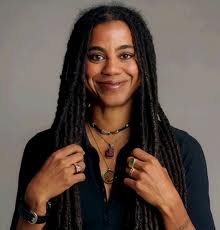 Here’s what the Pulitzer Prize winning playwright, novelist and screenwriter, Suzan-Lori Parks said about My Year as a Clown:

Robert Steven Williams has written a terrific novel. His book pulls back the curtain on male masculinity — showing us what a guy really goes through when dealing with the difficult mess of his beloved spouse’s infidelity and the ensuing divorce. Williams’ characters give us the real-deal: a gut wrenching and often humorous look, showing us the everyday horrors of what it’s like to start all over again as one approaches middle age.”

As you can imagine, I was overwhelmed by this support for my work from such an immensely talented writer as Suzan-Lori Parks. Her plays are riveting and get under your skin in the most profound ways. She’s an important American writer and I have no doubt that in a hundred years, her work will still be as vibrant and provocative as it is today.

Had a great time talking to Cody in Hutchinson, Kansas, who also has a worldwide audience on CodyTalks.com. Here’s the video of our conversation.