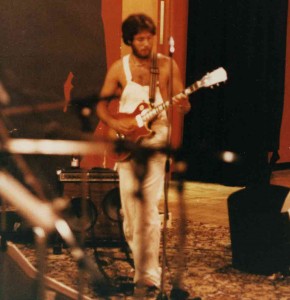 Here’s a recent review of a show I did with Declan O’Rourke. They had this to say about me:

. . .His ballads on the dreams and disappointments that swirl through our lives proved exciting and uniquely human . . .

I was never much for learning other people’s songs, instead, I’d pick up the guitar and start writing. In 2005 I released I Am Not My Job into glorious obscurity. There’s a lot of great material on that CD, I got solid reviews, and I’m building upon that experience.

I write more than I perform. My fiction always came first, but it’s odd how the lessons from one form of writing inform the others. I hear my sentences, listening for the melody and cadence. Each word in my lyrics fights for the right to be there.

I’ve written a lot since that first CD and now I’m narrowing down a selection to record. I’ve had the good fortune to be working with Declan O’Rourke, an incredibly gifted singer/songwriter from Ireland. He’s provided valuable insight, and he’s been kind enough to introduce me to some of his New York City based band. We’ll be heading into the studio soon to do some recording. Along for the ride, will be my long time partner in crime, Gerry McKeveny, an incredibly gifted guitar player and writer. We’ve been making music together for over ten years.

I’d also like to mention that Omar Hakim, one of the world’s greatest drummers, and Rachel Z, one of the world’s most talented piano players, has been providing input and support too. At some point, I’ll be in the studio with them to record a few tracks.

In the meantime, please enjoy the tracks available on this site, some are from the last record, some are demos of new songs. If you have Pandora Radio, create a station around Robert Steven Williams, you’ll find it to be a surprisingly diverse and compelling collection of tracks. 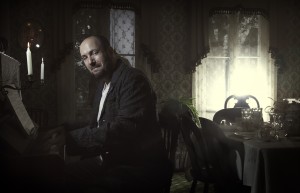 Special thanks to the Westport Historical Society for allowing us to shoot in their beautifully restored Wheeler House built in 1795.