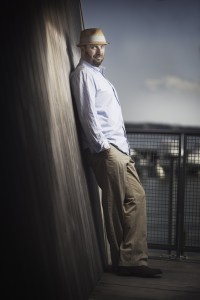 How long did it really take to write this novel?

It took seven years to complete. I enjoy the process of rewriting and wrestled long and hard with this story. It wasn’t until the six or seventh draft that I figured out what the story was  really about. Okay, I knew it was about a guy whose world had been turned upside down after his wife tells him she’s leaving for another man, but Chuck’s journey took many paths before I brought it to a point where it was something others could relate to. One’s life can change on a dime for a variety of reasons that have nothing to do with Chuck’s circumstances–the trick was to dig deep enough to reach the root of the damage,  because that’s what connects us, the experience of betrayal, failure, accident or illness, regardless of how or why. When I finally captured Chuck’s truths, he became someone men and women of all ages could relate to.

How much of this story is true?

People often assume that since I was divorced that Chuck’s story is mine. It isn’t. Perhaps my first draft reflected a lot of what happened to me, but I as I wrote this I realized what happened to me wasn’t nearly compelling enough to be of interest to others. At no point did I ever consider writing this as a memoir. The beauty of fiction is that as a writer, you don’t have to be constrained by the facts. But the writer does have a responsibility to remain honest with the emotional truths that drive a story’s characters. The minute you shy away from those truths, you let the reader down.

What is the significance to the name Putnam’s Landing? 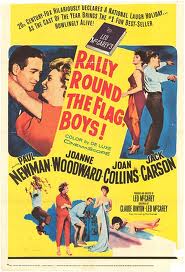 Max Shulman, another Westport writer, wrote Rally Around the Flag Boys! in the late 50’s. Based on Westport, CT of that era, he called his town Putnam’s Landing. Because I used Westport 2003 as the setting for Clown, I felt it only fitting to call Chuck’s town Putnam’s Landing too. In the era of McMansions, Chuck says trees fall faster there, than in the Amazon.

What research did you do for this book?

The timeline and events that Chuck experiences in terms of the football games he watches is historically accurate. Any intereactions he had with any real people, places, or objects were purely things I made up because this is fiction and that what fiction writers do, make stuff up.

How did you come up with the title?

To be honest, I don’t recall how I came up with this, but I can tell you that I had it before I wrote a single word.  I will also share that several marketing types told me to change the title because it was going to be too confusing, that people would think it was about a circus. This is another reason why I opted to go independent. Somethings you just know in your gut are right, somethings you just know are wrong.

Do you practice yoga?

Yes. I’ve been at it for almost ten years now. I have a love/hate relationship with my practice, but regardless of my mindset at any given time, it has helped me achieve a balance that I never could have attained without it. The practice is also deeply humbling.

Are you an Eagles fan?

I have followed the Eagles, the Sixers, Flyers and Phillies  since the late 60’s. I moved from Philly in 1976, but continued to remain faithful, despite years and years of pain. There have been moments of glory, but the recent collapse of the Phillies and Eagles are reminders that even when we win, somehow we lose.

What’s the story with you and Barry Hannah?

I met Barry at the Sewanee Writers Conference in 2006. For those who are unfamiliar with Sewanee, its an intensive writers event at the University of the South, underwritten by the estate of Tennessee Williams. Barry was one of the workshop leaders and I was fortunate to get into his group. Barry ran the MFA program at Ole Miss and wanted me to study with him. In fact, he got me a full scholarship, but the economy turned upside down and I postponed my attendance. Tragically, Barry got sick and passed away in 2010. Not going to Oxford will be one of my great regrets. But at least I had the good fortune to know him, but not nearly as well as I had hoped. Here’s a kind note he wrote about an earlier draft of the first 100 pages of Clown: 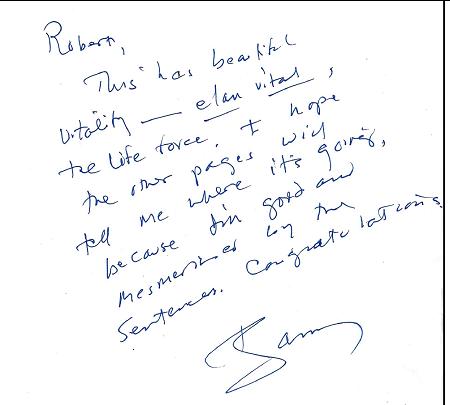 Did you party with a rabbi?

No. But I did speak with several. I was told many rabbi’s do experiment with marijuana. Spoiler alert, if you haven’t read the book, you don’t want to continue reading this. I got the idea for Simon from a few sources of inspiration, including a brief experience with a rabbi, playing music together. But Simon’s JDL pals, his killing of his wife, that all came from the notorious real-life rabbi, Fred Neulander, who was convicted of hiring two thugs to kill his wife. Rabbi Neulander was my rabbi back in the 70’s when I lived in Cherry Hill, New Jersey. Fred didn’t have his wife killed until the 90’s, so I can’t say that I knew when I was a kid that he had such capabilities, but it certainly did contribute to how I shaped Chuck’s views on religion. 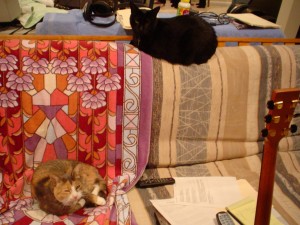 The Munce Man and Cleo hanging out in my studio.

Chuck loved cats, do you?

I love all animals, but I do I have a soft spot for cats. Arthur and Guinevere were modeled on my two cats, the Munce Man and Cleo. Cleo was diagnosed with cardiomyopathy when she was two years old (1998). Cardiomyopathy is the hardening of the heart. The vet told me that she could have a heart attack at any time, best case she’d last a year. Cleo lived another twelve years. I am convinced that my love for her kept Cleo going. The Munce Man and I miss her dearly. He’s an old man now, but hanging in there.

Why did you decide to independently publish this?

I had several agents and publishers interested in this book, but I never did get a deal done. None of those interested saw the last two drafts, or the final version, as edited by the immensly talened Joy Johannessen. I opted to go this route because publishing has been turned upside down, much they way music did over ten years ago when Napster appeared.  We are not adverse to a partnership with a major house in the future on Clown, but we are keen to get the fire going on our own because we feel we have a stronger capability to navigate the new digital publishing waters with our team of publishing professionals. Visit Against the Grain Press to learn more about our group.