The Sound of Money

The Sound of Money is about Bruce Buchanan, a struggling songwriter who gets mixed up with the mob.

In Boston during the 1970s, Bruce faked his own death to escape a contract with his mob-owned record label. Twenty years later he’s found naked and comatose in a NYC subway station, suffering from traumatic amnesia. Through the work of Lonnie and Sharon—his music therapist and her private detective friend—the trio unlocks his identity. However, when a mysterious FBI agent shows up asking questions, Bruce realizes that the life he ran away from is about to catch up; someone wants him dead.

Desperate for answers, Bruce heads back to Boston to confront his former bandmates and slimy manager. What does Bruce know that has the FBI and the mob searching for him? Who will find him first?

I’m in the process of writing this and should have it finished for a 2016 release. 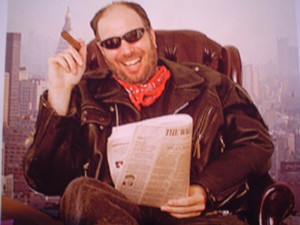